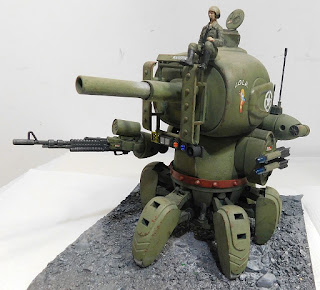 I saw a few guys modding hexabots and decided to give it a go. firstly they were hard to get and too expensive
I saw one of those Facebook ads for this bot and plonked down 15 bucks, when it arrived it was unassembled so that took a whole week, once finished the toy did not work at all, the whole idea was to have moving model, I decided to quickly finish it off and probably put less effort into it than I would have
It was going to be a Russian WW2 bot but I wasn't going to invest anymore cash into this so I used what I had in the stash
The base is basically me walking out to the side of the road and grabbing some gravel and plonking it on a board with PVA glue 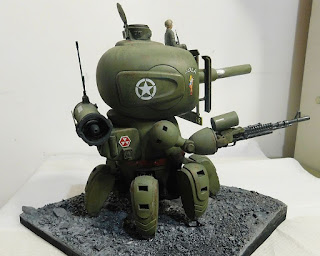 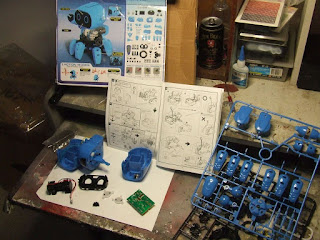