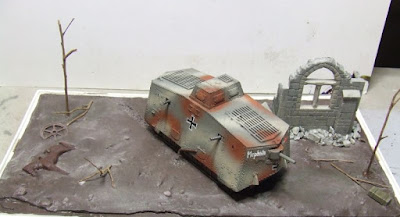 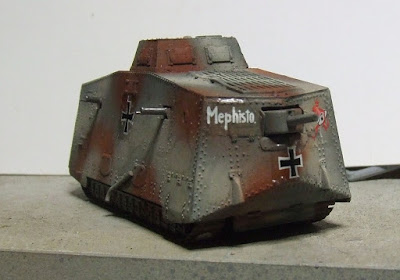 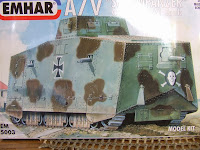 Started work on the 1/72 scale Emhar A7V , it went together in about 30 minutes , lovely ! , bit of a bad join on one end but easily bogged up , I added some damage to the grill on the top as this will be Mephisto after the Germans abandoned it ( I didn't fully replicate the actual damage as you would have to build the interior etc so it's just a representation ) , gonna stick it on a diorama and get rid of some more Aussie WW1 figures and it will be a nice match for my Battle of Hamel dio on the shelf .
A good little model kit with nothing extra to add really.

I was happy with the final outcome of the Jagdluther bot , thanks to a forum buddy in the U.K a set of Italeri kangaroo insignias from a M13/40 kit arrived just before xmas , it got me the inspiration to push ahead and finish this year on again off again project , a couple of weeks later another set of roo symbols turns up in the mail from the same guy , this time they were from the Tamiya kit and to be quite honest weren't as nicely shaped as the Italeri ones ( so keep that in mind ).
Modifications were kept to basically glue on bits , the twin MG's are from the Academy M113 kit , large aerial is a 50.cal MG from the same kit , the thin aerial is wire from a bread bag tie , Bren gun and rack mounted behind cabin and set of 3 jerries on the rear stowage bins looked good.
I also mounted a rack type thingo on the hull on the LHS and grab handles , side vision ports and top periscope sight added as well.
Inside the cockpit I added some back padding for the driver , hydraulic rams to open the big hatch , a fire extinguisher and German MG.
The Commonwealth roundel on the back is from an Airfix 1/76 kit , other decals from the Jagdluther kit , some nice German warning signs here and there look great. 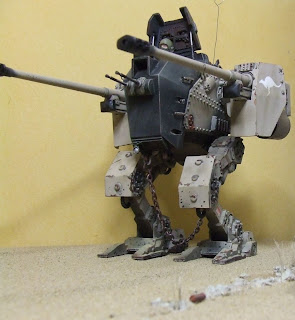 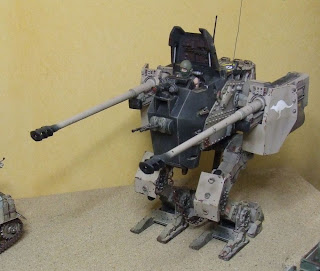 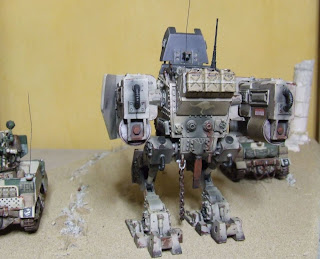 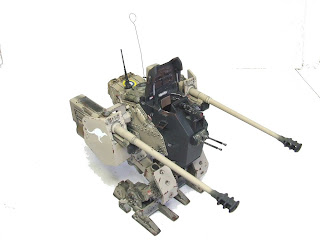 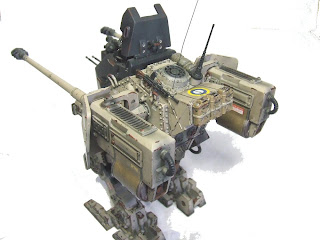 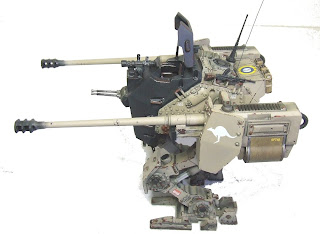