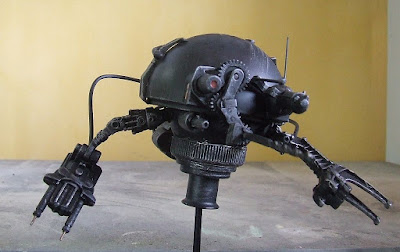 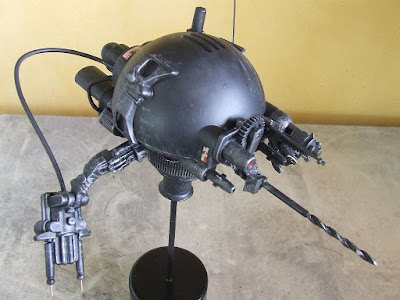 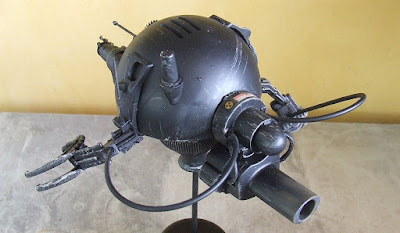 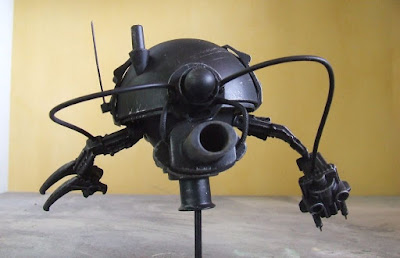 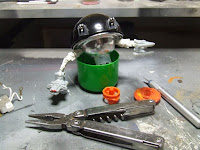 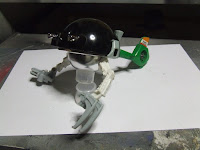 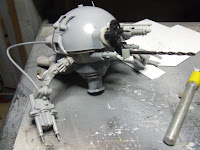 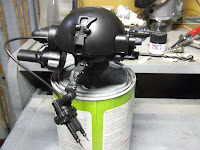 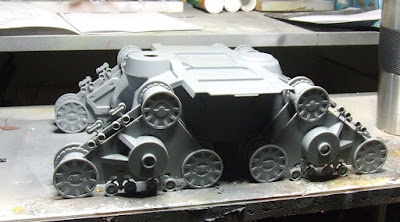 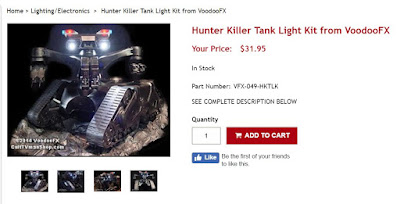 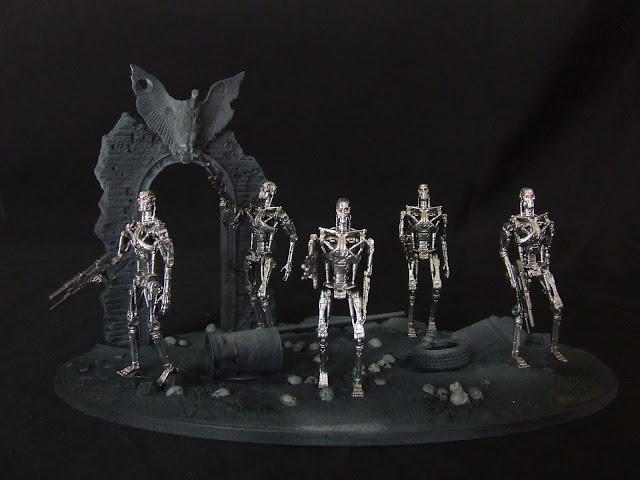 Email ThisBlogThis!Share to TwitterShare to FacebookShare to Pinterest
Labels: 1/32 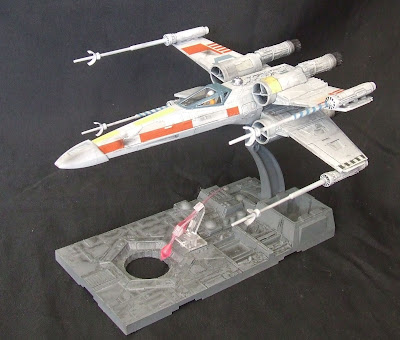 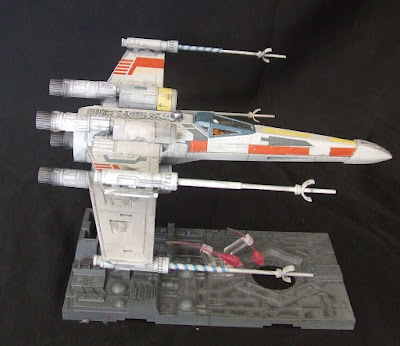 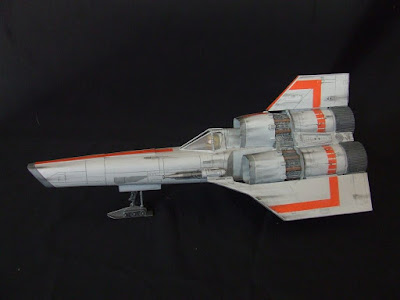 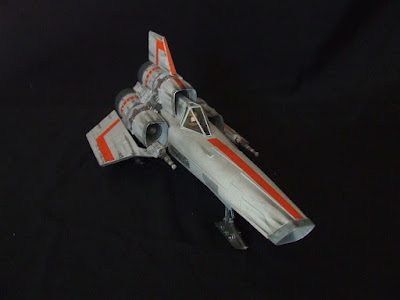 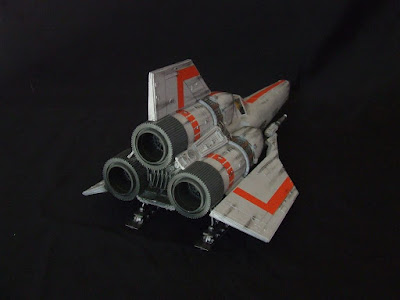 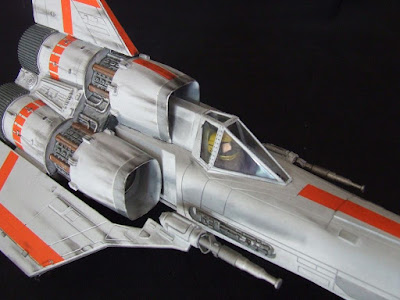 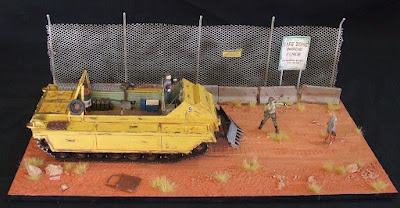 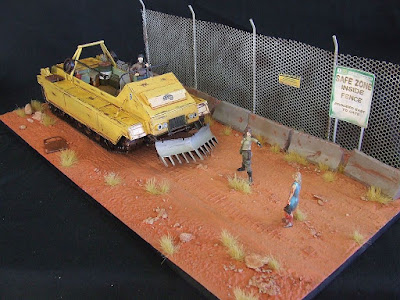 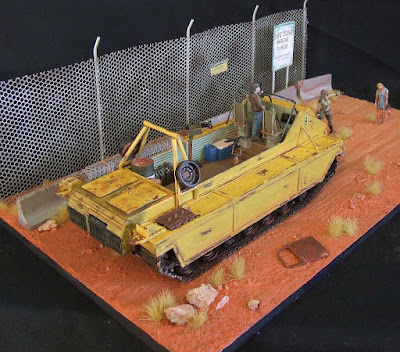 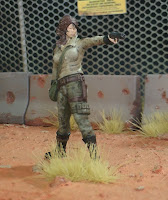 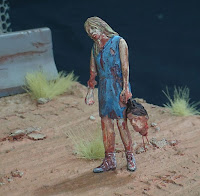 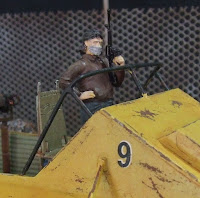 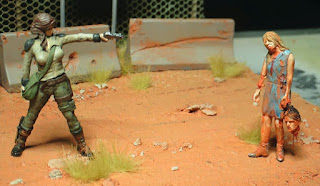 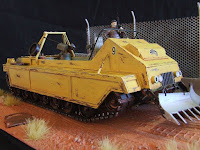 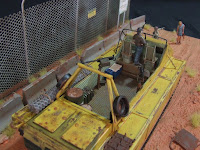 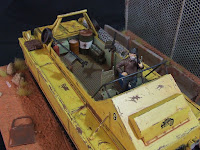 Caterpillar M1A-UL
A custom built vehicle by Caterpillar industries in Newcastle NSW for the Horizon mining company in Western Australia
Nine machines were built for the maintenance department of the Urunga uranium mine, they served as perimeter maintenance vehicles tending to the fencing system that surrounding the 2000 hectare mine site, light,fast and able to carry all equipment needed for extended maintenance patrols and on the spot repairs.
These vehicles were based on the chassis of obsolete M1A1 Abrams tanks ex Australian Army

Urunga mine post apocalypse....
Towards the end of 2017 North Korea launched pre emptive nuclear and biological weapon strikes on the western world, Australia was hit early on with all major populated areas being targetted by a biological weapon known as KN 200X.
These missles contained a fast spreading virus that turned humans into walking dead cannibals, the virus spread throughout all populated centres withing 40 days
Once infected the victims (nicknamed deadlies) would attack others in order to feed.
Workers at the Urunga mine decided to ride out the plague after media reports from the cities stopped some weeks after the first missles hit, the workers immediately sealed off the site and began to farm and maintain the huge perimeter fence offering refuge to those who made it to the main gate
Regular radio broadcasts were sent out daily on UHF 11, survivors told of hellish conditions in the cities as roaming death squads and government troops tried in vain to stop the spread of the KN virus.
Four of the MA1-UL tractors dubbed "Maulers" were tasked for scrounging supplies from nearby towns with crews of 3, one vehicle was lost with no account for its crew, the other 3 vehicles patrolled the perimeter daily looking for attempted break ins by the "deadlies" and picking up any survivors who made it to the safe haven at Urunga.
Two maulers were inoperable and were kept for spares.

Day 927
Mason and Logan are patrolling in Mauler 9 along the southern perimeter after hearing of a group of survivors attempting to get to the main gate, they arrange to meet them and escort their vehicle back to camp.A father and his teenage daughter had escaped the city and had picked up the radio broadcast.As they come over a rise they come across a terrifying and sad sight, the party has been attacked by deadlies and the young daughter is walking along the track carrying her fathers head.
"Fuck it" says Mason as he lowers the dozer blade and guns the engine on the Mauler.
"No stop" says Logan and they slow down , she hops down from the tractor and walks up to the girl and shoots her once in the temple.
"Not these ones" she mutters.
"They deserve some dignity"
They bury them on the side of the track and continue along the perimeter.